For our next Client Feature, I spoke to Simon Cook, Club Secretary of Bognor Regis Town Football Club, who have been one of our clients for many years, all about his role with the club, what impact the pandemic has had, and what the future looks like for BRTFC.

Tell us a little bit about Bognor Regis Town Football Club – when it started etc:

Bognor Regis Town Football Club was actually formed in 1883 and has been an integral part of the local sporting scene ever since. Gradually over the years we have evolved from a totally amateur and local sports club into a semi-professional football club playing at a high level in the football pyramid.

Over this time the revenue that we take from football matches, sponsorship and from Seasons, our bar and events venue has grown substantially. Of course the expenses incurred in running a club at this level have also substantially increased!

We are incredibly well supported with around 600-700 supporters attending a normal home match, although this grows substantially for big cup matches or when the team are doing well. In the last few seasons we had gates of just under 4,000 for a couple of key matches!

One key element of the club is a certain Jack Pearce, who is still our first team manager 52 years after first joining the club! He has overseen a steady development of the club over the years and is also now Vice Chair of the Football Association, which is a tremendous accolade and recognition of his knowledge of and contribution to the world of football in England.

We are very much a community club with some 35 teams providing football from Under 7s up to Under 18s. We have a number of girls’ teams and aim to have a ladies team within a few years. There is also a thriving over 50s walking football team and we are currently investigating setting up a team for the visually impaired.

What does a normal day consist of/look like for you in your position at the club?

I am the club secretary at Bognor Regis Town Football Club and look after the general administration of the club as well as managing the finances. It really is a seven days a week requirement with weekends being occupied with the match itself on a Saturday and usually a large part of the Sunday is taken up with the admin and financial reconciliation needed after a home match.

During the week I deal with a huge number of emails – averaging 35-40 per day – dealing with player registrations, contracts and other footballing matters as well as assisting with the management of Seasons, our clubhouse, dealing with commercial and sponsorship matters and liaising with local authorities.

What do you love about being based in Bognor Regis?

Having moved to Bognor in the early 1980s, my family and I quickly settled and have made it our home. We are very fortunate to live in such an attractive part of the country with the sea as well as lovely countryside so close to us.

It is a friendly town and I really cannot see us wanting to live anywhere else.

What have been some of the biggest challenges for the club during the global pandemic?

Staying solvent! Obviously all of our usual match day revenue dried up and cash flow became a real issue. This coincided with plans that were already committed to invest in a brand new main stand for the club as well as other key improvements to the ground.

However we benefitted from the enormous generosity of our supporters who raised some £53,000 for the club last year with a series of incredibly imaginative fundraising activities.

In addition, we were able to access a number of government and local authority backed grants and by careful control of expenditure we have pulled through what has been a challenging time.

Do you have any future goals for the business or things you are looking forward to as life returns to normal?

From a business point of view we aim to continue to keep Bognor Regis Town Football Club on a stable financial footing and from a sporting point of view we continue to aim for promotion to the next level, which is the National League South. Whatever happens we always aim to provide a good level of football for our supporters to enjoy.

The development of the youth section of the club has been an enormous success over the past few years, thanks to the fantastic, dedicated group of volunteers that run this part of the club.

It is very much part of our plans to further develop and expand this part of the club as it is so important that we continue to provide football opportunities for younger people in the community.

How have Blue Spire helped you with your business:

Bognor Regis Town Football Club is entirely run by volunteers, so it is important to have our financial side managed professionally by experts.

Despite the administration side of the club being voluntary, we also have 20-25 employees, so it is vital that the payroll, accounts, tax and other financial aspects of the club are administered for us in a timely and accurate manner.

This is where Blue Spire excel and have done so for many years. We are quite rightly financially monitored by the football authorities and need to complete certain financial returns for them. Having Blue Spire’s guidance when needed, ensures that we comply with all these requirements. 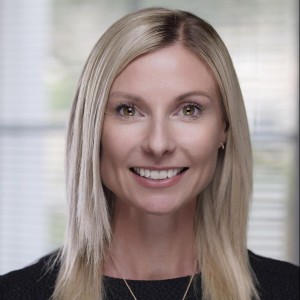