When Chancellor Rishi Sunak gives his second Budget 2021 statement on 3 March, he will have to perform a delicate balancing act. The Chancellor will be caught between supporting the businesses and individuals still affected by the coronavirus (COVID-19) pandemic, recouping the billions spent on support schemes over the past 11 months and stimulating an economic recovery. The nature of the tricky task facing the Chancellor has become clear recently as various groups have lobbied for extensions to support or against mooted changes to the fiscal system. Here, we take a look at what the Budget might have in store for businesses and individuals.

The Institute for Fiscal Studies (IFS) has urged Mr Sunak to announce ‘well-targeted extensions in emergency support to households and employers’ over the coming months. A fourth round of the Self-employment Income Support Scheme (SEISS) grant has already been confirmed. However, no information has been announced on the amount of the grant, or who will qualify, and further details are expected in the Budget.

Similarly, the Coronavirus Job Retention Scheme (CJRS) is due to close at the end of March. The government has repeatedly said that details on any extension or successor scheme will be revealed in the Budget.

However, after running up a record deficit during the pandemic, the Chancellor will be keen to begin the long process of rebalancing the books. This would mean tax reform or increases to taxes, so which areas could Mr Sunak target?

The future of national insurance

When the Chancellor unveiled the SEISS last March, he warned that it would be harder to justify inconsistent contributions from people of different employment statuses.

This has been interpreted to mean that he will increase national insurance contributions (NICs) for the self-employed. However, a simple increase in the rate for the self-employed (or increasing NICs for high earners, which has also been mooted) does not level the playing field unless the issue of directors avoiding NICs is also addressed.

Any quick fix is likely to be controversial, so the question is whether the Chancellor will start the ball rolling on significant reforms to the NICs system on 3 March.

Speculation of a hike in capital gains tax (CGT) rates has been rife following the publication of the first report in November 2020 by the Office of Tax Simplification (OTS) into its review of CGT. Currently, CGT raises just £8.3 billion a year in the UK from around 265,000 taxpayers. The Chancellor asked the OTS to undertake this review in July 2020, leading to speculation that CGT is one of his target areas for change.

Similar reviews have been undertaken by the OTS on inheritance tax (IHT). Although there is a strong case for reforming these capital taxes there are also genuine concerns about the future of valuable IHT reliefs like Business Property Relief (BPR). Any such reform will require significant consultation so now may not be deemed the right time.

The UK has seen a downwards trend on corporation tax rates for nearly 50 years but rumours in the national press suggest that the Chancellor may be considering reversing this trend. This appears to be at odds with keeping the UK competitive, particularly post-Brexit. However, in a post-COVID world, the need to recoup the enormous cost of the myriad support schemes whilst at the same time supporting the economic recovery for affected businesses and consumers will mean performing a precarious balancing act.

The Institute of Directors (IoD) has urged the Chancellor to put entrepreneurs ‘at the heart’ of the economic recovery from the pandemic. The IoD called for the creation of a stimulus package to ‘unleash investment in start-ups and scale-ups through targeted reliefs’, and for the government to provide a grant package to owner-directors who have been without significant financial support for almost a year.

The business group also called for the government to avoid tax hikes and an extension of the COVID-19 business support measures. 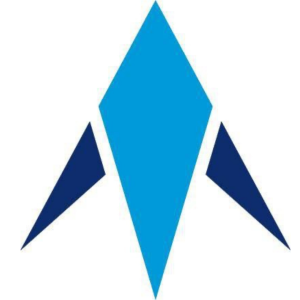